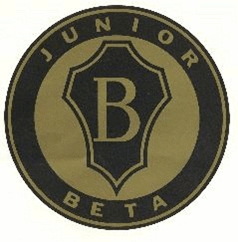 The mission statement of the National Beta Club is to promote the ideals of academic achievement, character, service, and leadership among elementary and secondary school students.

Achievement: Recognizing and honoring high academic achievement. Members work to maintain a grade point average that is exemplary. The students’ academic leadership is a model for other students to aspire to.

Character: Preparing young people for life and empowering them to be successful. Your true character is revealed by the clarity of your convictions, the choices you make, and the promises you keep. Hold strongly to your principles and refuse to follow the currents of convenience. What you say and do defines who you are.

Leadership: Developing the leaders of tomorrow. A true leader is able to inspire trust, resolve conflicts, motivate others to their highest achievement, and most importantly, be of service to others.